Third-party Employment Practices Liability Insurance (EPLI) protects organizations against financial loss from discrimination or harassment claims brought against them by someone from outside the insured organization – by a third party.  This coverage is commonly not a standalone coverage but rather, is an insuring agreement that may be added to an employment practices liability insurance policy. Third-party claims are a very real issue, especially for public-facing organizations such as retailers and companies in the hospitality industry. It’s important that organizations be aware of this coverage and how it works so that they are equipt to use it should the need arise.

Read this article to learn more about this coverage, where you can find it, and how it works.

Let’s break that down. When a third party makes allegations against an organization or its employees for discrimination or harassment, third-party EPLI responds to cover the financial loss to the organization (ie. defence costs, damages, etc.).

So how do third-party EPLI and EPLI differ? Both insurances are triggered by claims of wrongful employment practices. The difference lies in who it is that makes the claim and their relationship with the claimee. Let’s take a closer look: 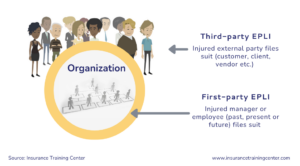 Third-party EPLI, is a separate insuring agreement within an Employment Practices Liability policy.

Commercial General Liability (CGL) insurance policies also protect organizations against liability claims from external parties. Is there an overlap between CGL and EPLI? The answer is, no. 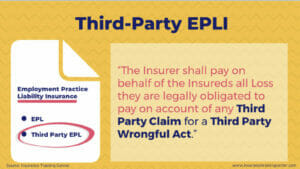 “The Insurer shall pay on behalf of the Insureds all Loss they are legally obligated to pay on account of any Third Party Claim for a Third Party Wrongful Act.”

In the above wording, “Third Party” is being used to reference the third party that brings forward the claim, and the type of wrongful acts that would be covered under third-party EPLI.

Third-party wrongful act may be defined as:

Third Party Violation any actual or alleged harassment or unlawful discrimination, or the violation of the civil rights of a person relating to such harassment or discrimination, when such acts are alleged to be committed against anyone other than an Insured Person or applicant for employment with the Company, including, but not limited to, students, patients, members, customers, vendors and suppliers.

Where do I find third-party EPLI?

Third-party employment practices liability insurance is a separate insuring agreement within an employment practices liability insurance policy. It must be added to a standard EPLI policy in order for the insured to obtain coverage. You may have to look for the coverage and, you may need to ask for it. Do not assume the insurance company will automatically add third-party EPLI coverage just because you have the exposure.

For publicly listed companies with a standalone EPLI policy, there two ways to add third-party EPLI:

Here are some examples would be third-party EPLI claims:

An organization’s exposure to third-party EPL claims increases with the number of client interactions. Public-facing businesses, for example, a restaurant, a shopping mall, or a hotel chain, would have significantly higher exposure to third-party EPLI claims than would a technology manufacturer. While not always, frequently these claims give rise to class action suits and that can be very costly.

PrevWhat is Employee Dishonesty Coverage?
What is Insurance Underwriting?Next
Sign up for a course 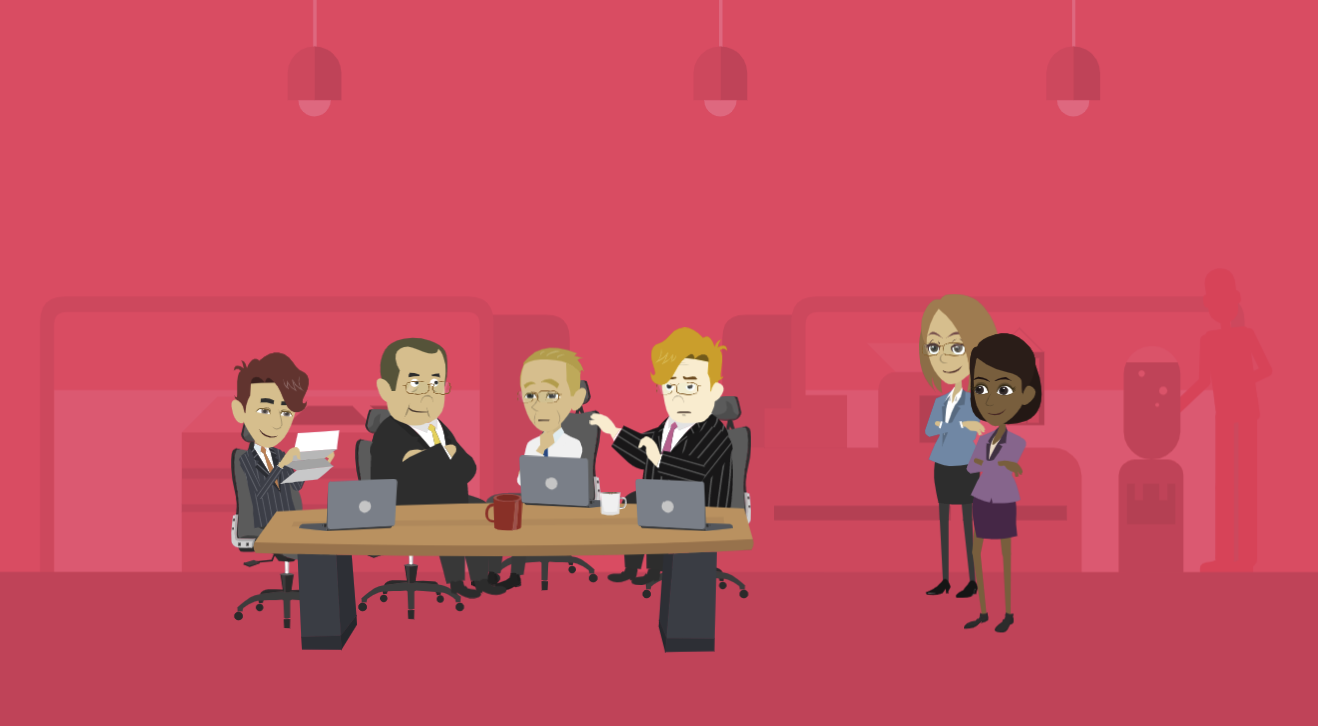 $150.00
Take the course! Learn the fundamentals of EPLI: when do organizations need it, how does it work, what are the key exposures and coverage options; plus current trends and issues. 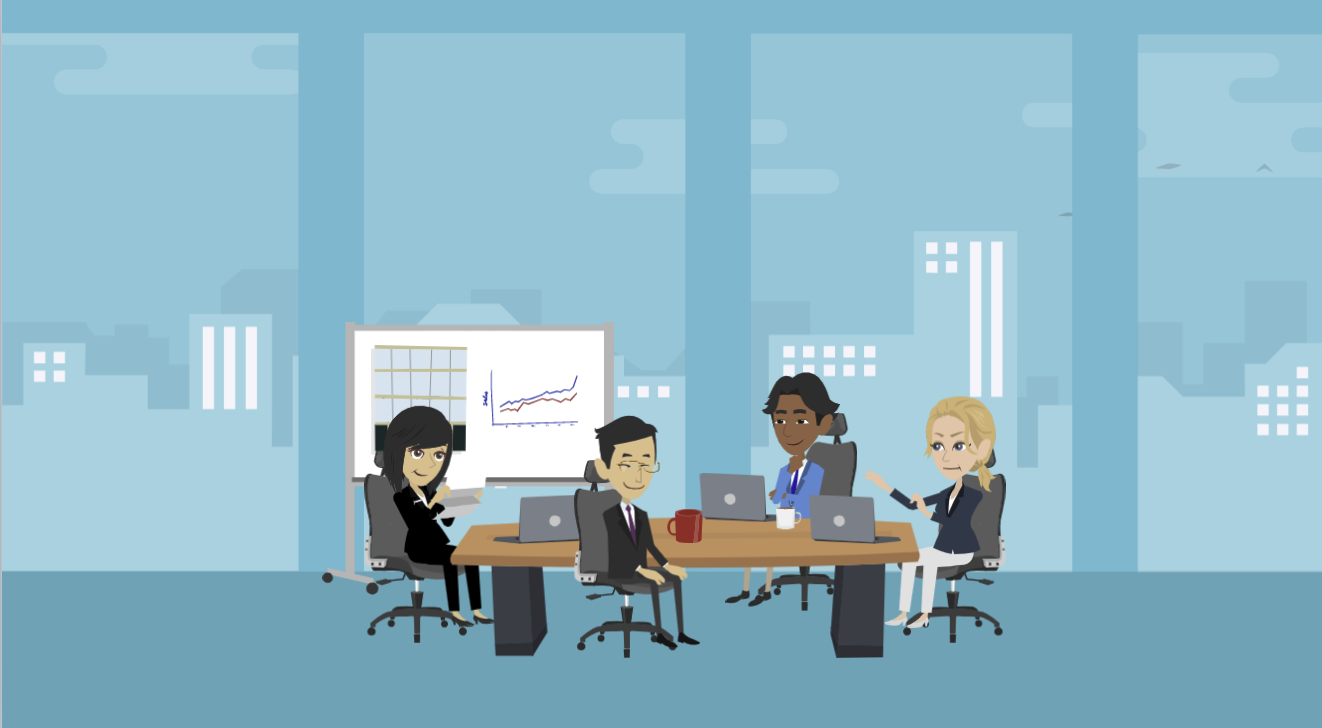 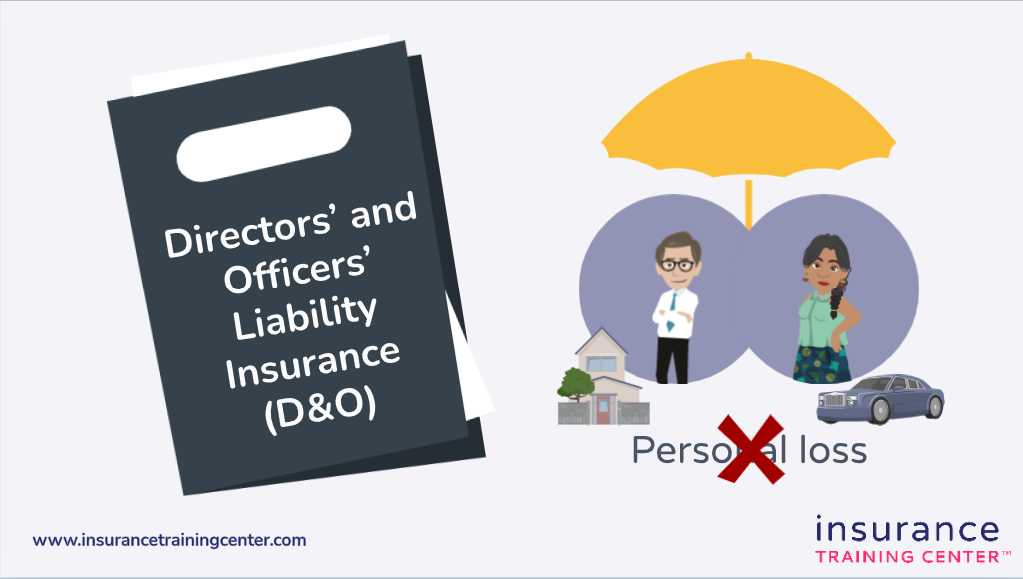 $150.00
Take the course! A valuable resource for every director and officer of a not-for-profit organization and those who support and guide them.
Log in
Log in
Sign Up
Sign Up
We use cookies on our website to give you the most relevant experience by remembering your preferences and repeat visits. By clicking “Accept”, you consent to the use of ALL the cookies. However you may visit Cookie Settings to provide a controlled consent.
Cookie settingsACCEPT
Manage consent